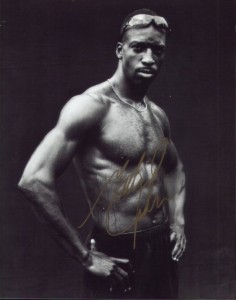 The tortoise mindset has been good to Michael Johnson 😀

Rest follows every race. Purge follows every binge. Binge on kanji now, and you might end up having to take a break from them for the rest of your life.

And all for what? For a 0 duecount on Anki? Is that what your life has come to? Suffering in order to game some stats?

What gets measured gets managed. You want to milk that Hawthorne effect for all it’s worth.
So don’t get me wrong: gaming stats is a good thing.
Until it stops being a game.

There is no happiness on the other side of that kanji binge. No gumdrops and rainbows. Only burnout and bitterness. You will hate yourself. You will hate the kanji.

So play the game, but be the tortoise rather than the hare. Even just 5 new kanji a day comes to almost 2000 kanji a year. Time and mathematics are on your side; they will work for you if you’ll just make friends with them.

Pheidippides. He binge-ran. From Marathon to Athens. His body needed to rest, needed to purge. Forever. He died. Ran to death.

Are you going to run your kanji self to death? Or are you going to be sensible and take breaks? Take it from a man like Tony Schwartz. He calls modern sprinters “Greek gods“. Because they run themselves to death, right? No, because they look sharp. Because they sprint. Short bursts. Short sprint and long rest.

20 comments for “After the Binge Must Come the Purge”