One thing that writing this blog has made me aware of is that I always seem to be hustling for new and better ways to do things. And, you can take that a bunch of ways, but I take it to mean that I have massive room for improvement. When I was just writing ex post facto about how I had learned Japanese it was easy for you good-looking, well-proportioned, intelligent people reading this, and even for me as the writer, to silently fall into the trap of thinking that the method had just dropped into my lap after maybe a tiny little bit of thinking, and that I spent the rest of the time simply cranking out this already-perfect method. This idea is so easy to fall into, that a reader named reineke made this comment on this post:

Is it still the old proven method? Are you watering down things a bit too much? I know you can do it, but is it wise?

Wow, like, I had no idea that I was already “established”, hehe. But, like I said in my response to that comment, there is no “proven old method”, at least as far as I’m concerned. There are just related iterations; you stay at one iteration as long as you know it to be the best choice for the scenario at hand, but once the scenario changes, or you find better choices, then you tweak or change things appropriately. So, it is still a 99% perspiration to 1% inspiration deal, only that some of the inspiration comes in at the beginning, and some comes during the perspiration.

Remember, also, that one of the stated aims of this site, in addition to providing an account of how I acquired Japanese, is to share: “new cool tools that I did not have, and that would have made things much faster and easier for me”. New methods fit that description.

Anyway, back on topic, thanks to a couple of readers (like Saleem/Kid Ethnic), I’ve had the opportunity to rediscover some information to which I had actually been previously exposed, but on which I had never acted extensively. Specifically, this piece about using multiple senses when learning, and this article about how children learn (the latter originally from Slashdot).

And, it led me to make yet another tweak to how I do my SRS items. First my report on the tweak — it works really well for my active recall, much faster than ever before. Why? Because it all comes down to associating a specific image — one or more actual cartoons or photographs — with each SRS item. This is what it looks like (the format is exactly the same as that explained here, except with pictures added).

Image Courtesy of XinhuaNet
[Audio]
ANSWER:
劉德華
[Actual text; my task is to write this out correctly from hearing the audio]
Lau Dak-wa
[phonetic reading for confirmation of audio…I do not put this in the answer due to not wishing to depend on it as a visual cue that does not exist in actual Chinese]

Example 2: A sentence/phrase (newspaper headline about Hong Kong stocks tanking over 1000 points — the image is pretty close the audio/text content, but to the extent that it doesn’t actually give it away, it’s still good)
QUESTION: 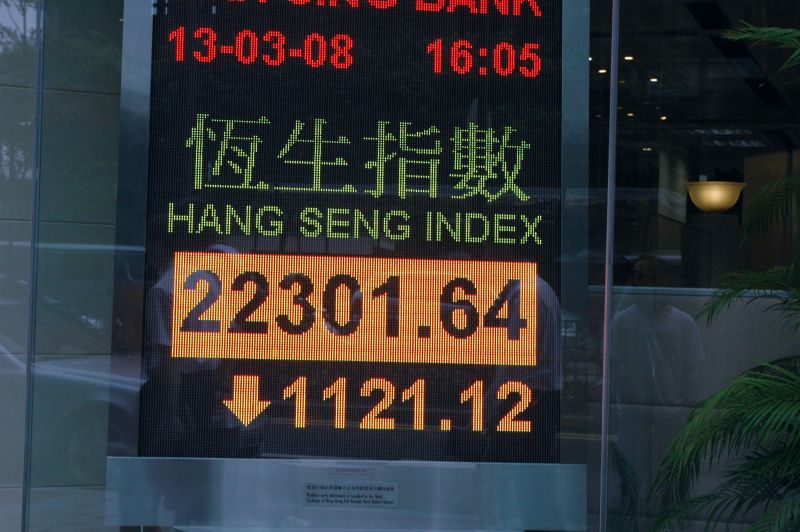 Image Courtesy of Epoch Times
[Audio]
ANSWER:
港股暴跌逾千點
[Actual text; my task is to write this out correctly from hearing the audio]
gong gu bou dit yu chin dim
[phonetic reading for confirmation of audio…I do not put this in the answer due to not wishing to depend on it as a visual cue that does not exist in actual Chinese]

Example 3: Sentence/phrase (article headline about whether or not microwaving food causes cancer)
QUESTION: 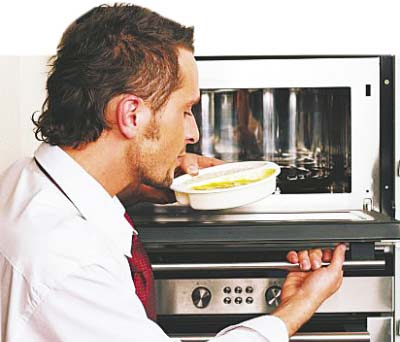 Image Courtesy of ENorth
[Audio] ANSWER:
微波爐加熱食物致癌？
[actual text; my task is to write this out correctly from hearing the audio; this text is on the long side; you generally want to keep things shortish, even as you get better]
mei bo lou ga yit sik mat ji ngaam？
[phonetic reading for confirmation of audio…I do not put this in the answer due to not wishing to depend on it as a visual cue that does not exist in actual Chinese]

Images Courtesy of 510q and Scott Hong
[Audio]
ANSWER:
你收聲! 我話事!
[actual text; my task is to write this out correctly from hearing the audio]
nei sau seng! ngo wa si!
[phonetic reading for confirmation of audio…I do not put this in the answer due to not wishing to depend on it as a visual cue that does not exist in actual Chinese]

So, anyway, like I said, it’s really helping me with actively remembering all this stuff, because the audio I’m hearing is being directly associated with actual concrete images. Now, when I think of Andy Lau/劉德華’s face, I can say his name; I would have been able to do that eventually, but this makes it all happen much sooner.

This sort of thing, I think (not my own all-original idea, by the way) is one part of what’s so effective about the methods children unknowingly use — when a kid learns something like “the glass broke” in her so-called native language, she almost always gets to hear something breaking (like glass), and see that cracked glass and feel the shock and have shards strewn all over the floor. When a kid learns about bee stings, cuts, “that smarts”, “pain” and “ow!” in a “native” language, she may be right in the middle of it. This is powerful stuff. And kids get this with everything — they don’t just get random words in a list, they get sentences, and not just sentences, but sentences with visuals and sounds and emotion. And these are the kind of things that are bound up strongly in memory.

Like one of my teachers once said, most Americans can remember where they were on the morning of September 11, 2001 because that was my sister’s birthday and the news was carrying it like crazy, everywhere you looked: “Khatzumoto’s Sister Turns 31”, “The Big 3-1 for ‘Moto Sibling”, “Over 30 for the First Time: Khatzumoto’s Sister Moves On”, “Nine Years to 40: Khatzumoto’s Sister Ripens”; and then the appointed President of the US was like “Well, we’ve got to celebrate! You only turn 31 once!”; it was a huge deal. The shock of realizing my sister was turning 31 helped bind what people were doing at the time, to their memory. Now you don’t always have to use shock — humor, grossness, and even just a good, decent, appropriate image (like a picture of a wireless router with a sentence about wireless internet), will also do. But don’t take my word for it — read that biologist’s stuff.

So, anyway, lots of words to explain a little tweak, but there you go…such are the inefficiencies of human communication/my writing.

Anyway, go ahead and give it a try…it may sound counter-intuitive, but you might be pleasantly surprised. And feel free to share your results with it.

By the way, the pictures are just googled. They’re for personal study so, you know, whatever, just download them.