Great comments get left here on AJATT.com. But, lost in the fog of posts, they tend to get ignored and thus effectively die. All-Star Comments is the section where we bring them back to life.

Today’s All-Star Comment is from McSalty, a guy who knows his way around the worlds of health and fitness. He’s noticed similarities between the ideas of critical frequency and certain easy, painless, awesome techniques that were apparently used in Soviet special forces strength training. Here he is in his own words:

The more experience I have with this whole “life” thing, the more and more I find completely unrelated subjects being bound by a common thread. 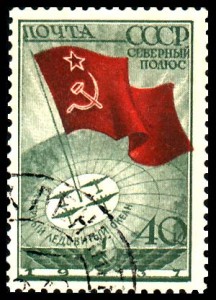 In the fitness and strength training world, a while back an ex-Soviet special forces trainer named Pavel [Tsatsouline] entered the scene and introduced a lot of concepts no one had heard of, and a lot of people experienced great results from putting them into practice.

Why am I bringing this up? One of his books was called “The Naked Warrior“, and it was about strength training with no equipment. One of the primary themes in this book was a concept he called “greasing the groove.” Basically the notion is, if you want to get good at doing pullups, you shouldn’t train to make yourself stronger — you should just ‘practice’ doing pullups as often as possible, always stopping before fatigue.

So, instead of the traditional “Do three sets of pullups until failure,” Pavels approach was “Do 5 pullups every time you walk past the pullup bar in your house“. (If you can’t easily do 5 pullups, make it 3 pullups, or 1 pullup). The point was, you were always stopping before fatigue set in, so 30 minutes to an hour later you could easily do 5 pullups again. The result was, over the course of the day, you may end up doing 50-100 pullups, whereas if you did them all in one sitting you might only be able to crank out 30, and you’d be exhausted. This way you never even feel tired, and you’re skeptical that you’re even getting a workout.

The theory was, as opposed to breaking down and rebuilding muscle fibers, you’re actually conditioning your nervous system to GET USED TO doing pullups — essentially treating strength as a skill that needs practice, just like playing guitar. Guys who put this theory into practice, a month or two later were reporting amazing results like going from 10 to 20 pullups in a single set despite having never practiced doing more than 5 at any one time.

Ok, that may seem way tangential, but my point is I think you might really be onto something here. I’m actually really excited about this. I’m going to apply this to everything I want to get better at. Want to be a writer? For two minutes every hour, write something — anything. Want to start your own business? For two minutes every hour brainstorm new business ideas and how to flesh them out. Want to improve your public speaking? For two minutes every hour command an audience, even if only one person, or if you’re alone, dictate to an imaginary audience. Want to improve your posture? For two minutes every hour sit up, stand up, or walk with perfect posture. After a while, you get used to thinking of it often enough that it’s always on your mind. Put another way, if you remind yourself of your goals often enough, it keeps you on track to attain them. If your frequency of thought is high enough, your goals become your fixation, and it’s impossible to fall off the wagon. You’re building a house by placing one brick every hour instead of trying to do as much work as possible at one time and doing so inefficiently because you’re wearing yourself out.

But the two minutes thing is beautiful. Timeboxing in its most perfect incarnation. Timeboxing doesn’t work for me, because I know I’m just trying to con myself into working past the timebox. But this two minutes is a real two minutes. It completely alleviates any and all pressure to perform. As you said, it becomes a game. “Ooh, my next two minutes is coming up soon!” It embodies the “just do something – do anything” mindset, and gives a workable formula to fit in into your life. This strategy is absolute brilliance.

I have a book of Aesop’s fables — Korean on one page, and English opposite to it — which is perfect for this game. Each fable is usually under 10 sentences and completely self-contained, so I don’t have to interrupt myself and remember where I left off. It also leaves me feeling, “Oh… I’ll just read one more” — totally addictive. Another great resource I’ve found is signing up for a Twitter account, and ONLY following people who ‘tweet’ exclusively in your target language. Tweets are another example of something that’s self-contained, are entertaining since you’re peaking into the lives of people in your target culture, have that addictive “just one more” quality, and if you follow enough people you have a continuously updated stream of content in your target language.