Rather than crash, try failing gracefully. If you can’t do 100%, your next option is not 0%. There is (literally, mathematically) an infinite number of numbers, and therefore options, between 0% and 100%. 1 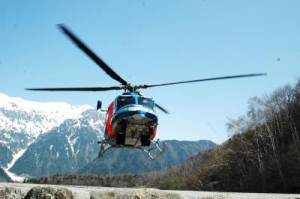 Your options are not “suck it up and do it this painful way” and “do nothing”. Those are certainly two of your options, but to simply say they “are” your options is like saying that the contents of that glass of water in front of you “is” the ocean. There’s more where they came from; there are other choices.

There are other choices. Choices you’ve never even considered. Choices no one’s ever even heard of. Or imagined. Or if they did imagine them they immediately said some dumb sheet like “that doesn’t count” and talked themselves out of a genius idea.

How do you think this website came about? I took what I liked from other people, threw out what I didn’t like, made up some crazy stuff on my own and just mixed it altogether like a smoothie, then I add lots of sweetener in the form of bad jokes to mask the fact that it’s probably not that good; that’s how this game is played. 2 And anyone who tells you otherwise, even me, is either lying to you or misinformed themselves. That, or they’re just saying what’s most convenient for them: I know; I’m a jerk; I do it all the time.

So you  didn’t do your reps today. Yes, yes, bad you, slap on the wrist. There’s a helicopter standing by, waiting to take you off Guiltback Mountain and its name is “other choices”.

In dumbed-down movies, robots invariably blow up and catch fire (in that order) as soon as one tiny thing goes wrong. The thing to realize is…them robot movies ain’t about robots.