This is the first post of a multi-part series on Language and Society (yes, I was deliberately looking for the dryest, most lifeless-sounding topic title ever 😀 ).

The largest problem that would-be language learners have faced, especially with Asian languages (though not exclusively so) has been simple lack of confidence. A lot of the writing you’ve seen on this site has been of the kind usually associated with personal development.

During all this, one “problem” I thought I had was lack of credibility. No one seemed to take what I was saying seriously. It was either fluff, or a prank, or outright chicanery. By “no one”, I really mean “some people who I gave more attention than they deserved”. Anyway…

Now, though, more often than not, the problem is reversed. People think too much of me. The Japanese companies I consulted for asked if I could interpret Korean for them (What? No!). People ask if they can interview me for books (What? Why?). And worst of all, people ask me how they can learn 500 (OK, 500 is exaggerating. Usually, it’s just like a trillion) languages at once.

And by people, I generally mean college students, usually engineers, who are somehow forgetting that engineering is all about intelligent compromises, and are trying to be all things to all people.

“I am going to China for study abroad, but my girlfriend is Japanese, and I want to be able to function at native-level Chinese while in China for the next 2 years, but then also be perfect in Japanese before I meet my girlfriend’s parents; I might also want to get a job in Japan, so I need to have great technical writing, did I mention that…

I know you’ve talked about focus and the 80-20 rule, but I don’t really think that applies here, because I HAVE to know Chinese and Japanese perfectly right now today in order to get the scholarship also my dad runs a theater company and I need to interpret for him in Japanese 10 days from now, so I need your advice on how to get my skills up really fast”

[Fictional quote based on two actual emails. These are real “requirements”]

So, how do you learn a billion languages at once? REALLY FAR KING FAST?!

The medium-length answer is: if you’re at the level where you need to be asking me advice on the issue, then, Houston we have a problem.

And the long answer is: What gave you the impression that I knew how do this? All I’ve written about is complete saturation in a single language. If I knew how to learn a kajillion languages at once, then why would I even have bothered exile English from my life? Wouldn’t I have just relegated Japanese to some magically productive 20-minute-per-day timeslot, and then suddenly woken up one morning fluent?

I don’t want to deny the possibility of learning several languages at the same time. That would be wrong of me. I am open to the idea. I simply have no clue how one could go about it.

Let me repeat: I am open to the possibility of learning several languages at the same time. When you find out how to do it, I mean really native-level do it, please put out a book or website or movie that gives all the details. Because I’ll be all over it.

Let me reiterate: I want to know how to know all the languages in the world, too.

But if you’re coming to this website and asking me how to do it, then you are demonstrating a fatal lack of knowledge, initiative and English reading comprehension. Because at no point have I actively advertised, advocated or even encouraged learning multiple languages at the same time.

The language-laddering thing seems like an exception, but the laddering is really about how to keep your L2, while also doing your best to get at an L3, but with the full awareness that this is being done to the detriment of the L3 (if continued past when you could go monolingual, such as how I continue to ladder Japanese through Chinese even though monolingual Chinese dictionaries would be more convenient and effective).

The whole using a random, unfamiliar language as a break thing is even more clear-cut: it is simply a tool to keep your L2 by removing any excuse to make contact with your L1, because we all know that your L1 is a habit that has a very powerful “gravitational pull”, and once you get too close to it, getting away again may require a lot of force.

Anyway, at its core, all this “how do I learn tons of languages at the same time” advice-asking, demonstrates a clear inability to do that most important of things, namely: make real decisions.

In both Sino-Japanese and Latin, the word “decide” literally means to “cut off” (決斷・裁斷). The “de” is a prefix that indicates removal — out of, away from. The “cide” part is the “cut off”. It’s the same “cide” as in “homicide”, “infanticide”, “patricide”, and “West Cide”. 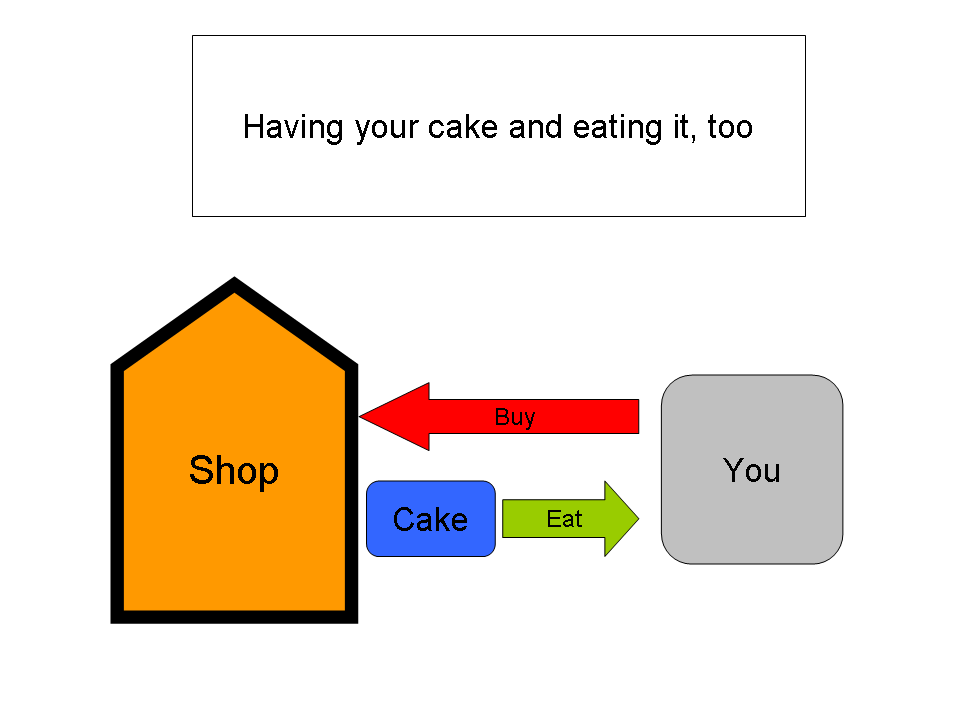 It just means that we’re going to have to be a little more creative than asking people who don’t know. A key attribute of good decision-making is asking advice from people who are actually somehow in a position to give you good advice. I am not such a person. 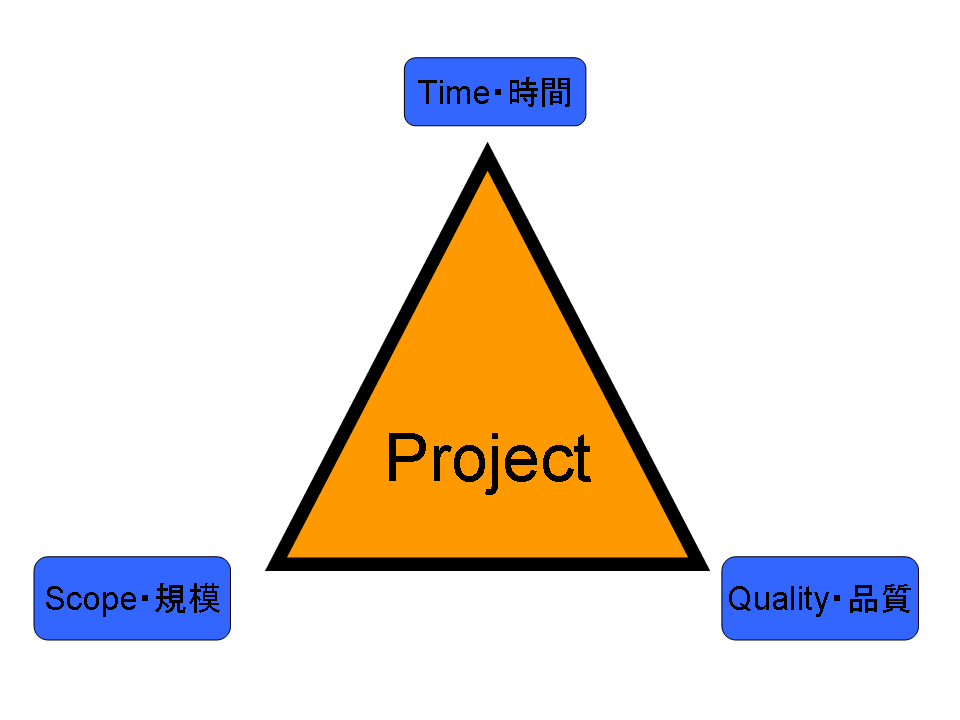 Perhaps decisions in language-learning are a matter of that time-scope-quality (TSQ) triangle at work. In commercial software engineering projects, the customer gets to control two of the “corners” that represent universal project attributes, but the software maker must be allowed control of the third.

A lot of the people trying to learn a bunch of languages at the same time are doing so for economic reasons. This is stupid. Look at the current Forbes billionaire list. You will be hard-pressed to find polyglots there. Does this mean we should give up on all languages and focus only on English? No. There are Mexicans, Indians, Germans, Swedes, Japanese, Saudis, Chileans and Italians on this list. Most of these people are monoglots — diglots at best. But I can assure you that all these people either have very large vocabularies, or are related to someone who did. Unlike, say, authors and professors, they may not be engaged in the business of directly demonstrating their large vocabularies, but trust me (actually, don’t trust me — I’m just repeating the results of the work of a guy called Johnson O’Connor — trust him), they have them and they use them. The Forbes list might as well be a list of well-read, clear, eloquent communicators and their close relatives [not that they’re quite on the list, but, for example, President Bush the Elder was well-spoken enough that he could compensate for Bush the Younger’s…rusticness].

Some people may say “oh, but that’s the Forbes list; it’s a small sample, therefore it’s irrelevant”. I say, it’s precisely because it’s the Forbes list that it’s relevant. That’s like saying “short people can’t play basketball, and can’t dunk, and don’t bring up Spudd Webb OR Mugsy Bogues OR Allen Iverson, because that they’re irrelevant”. No, it is because Spudd Webb, a short man (5’7″) by any standard, not only participated in, but won the NBA dunking competition, that any petty excuses about height and basketball ability are just that — petty, petty, excuses. If Spud Webb were not a highly successful player in the best basketball league in the world, then his case would be far less meaningful. Similarly, if we’re going to talk about economic success, then anything we say would be meaningless if it didn’t reflect itself on something like the Forbes list, the high-score table of the economic video game.

The NBA and the Forbes List are odd things. The world seems to have very unproductive, mixed feelings about these rankings of the most successful people in a particular game. Put simply, there is some admiration, but it is mixed with a poisonous envy of “lucky” [as if all they had been doing was tweaking their MySpace and having endless petty arguments online, when suddenly…] people, and a drive to dismiss them as “irrelevant” to “real” life.

For whatever reason, people want these things kept at arm’s length. I say, don’t avert your eyes from the best in any particular game. Don’t try to make excuses for why you’re not on any particular high-score list (yet 🙂 ). Don’t treat amazing things as if they’re happening in another galaxy where you have no place and to which you have no right — everything in the world is happening on this same little, watery rock, populated by other humans who are nothing but your cousins, slightly removed.

Anyhoo, let me get to the point: A single language learned really, really well (i.e. huge vocabulary) is infinitely more powerful than a plurality of languages learned badly. All the meaningful economic indicators appear to demonstrate this. High-quality, wide scope, for all available free time. That means serious fun-having. I am not stating this as a rock-solid fact; I have no rock-solid facts for you; it’s just a pattern.

Back to the Forbes list. Microsoft, Oracle and IKEA do business in dozens of countries and territories. Does Bill Gates know Japanese? No. Do all Microsoft Japan employees know English? No. Does at least Steve Ballmer or Paul Allen know, I dunno, at least Mandarin? Again, no. Larry Ellison has that Japanese house, but does he know Spanish? No. J.K. Rowling isn’t even on the list, but surely she knows some Japanese since her books sell so well in Ja…No. Does Angela Merkel speak French since she has such an important role in Eur…No.

Is there a handful of Microsoft employees who know every single language in which Microsoft does business? You wish. Multinational organizations, like clothes, are bound together only two pieces at a time. Bilinguals are the human joints that span the world, not polyglots.

What if you’re just learning a zillion languages for fun? Go for it! By all means. Screw around. But screwing around means stop getting worked up and sending frantic emails for advice on how you can become a one-man United Nations, capable of massive ownage at all times in all things in all places with all people in all languages.

And who knows? If you stop having panic attacks, stop using so much violent self-coercion, stop inventing painful obligations that don’t really exist, then you might just figure out some cool, fun way to learn a bunch of languages at once. Until then, I eagerly await my free copy of your book. I don’t want to pull you down. I don’t want to tell you that what you want to do is impossible — people told me it was impossible to do what I did. So you go on out there and start baking some humble pie to feed me and the rest of the world when you come prove us wrong!