Rigabamboo here! I moderate the AJATT+ forums, so some of you may recognize me as that weirdo who checks for OL2Ls and spams the forums with posts about obscure 漢字 that nobody needs to know, ever.

This is the first post in a new series in which I share what I consider to be the best of the AJATT+ forum. Enjoy! 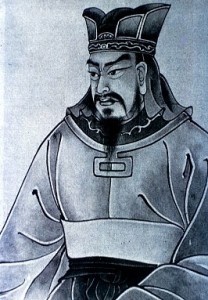 "I will make you awesome at Japanese." -Sun Tsu

Beloved AJATT+ member ダンちゃん shares his revelations about language learning from his Monbusho interview. You know any post with a Sun Tsu quote is going to be awesome.

How does ダンちゃん relate Sun Tsu to his Monbusho interview? In his words:

While this was an important interview for me, at no point did I try to ‘win’, either with specific preparation in the months, weeks and days leading up, nor with particular focused effort during. All I did was turn up, and show something of myself which was already there anyway.

Get it? Cramming doesn’t work. Cramming is like going to war and then trying to win. Do it that way and you’ll probably end up on the wrong side of a spear. Instead… just set yourself up to win all the time. FORGET about winning. FORGET about the war. The war itself actually becomes inconsequential. Of course you’ll win, just like you have been up to now. Don’t sweat it. Just keep setting yourself up to win and rest assured that it’ll happen.