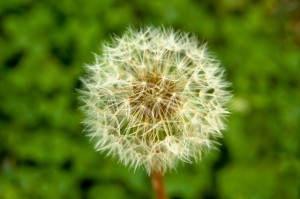 “Don’t use skepticism as a thinly veiled excuse for inaction or remaining in your comfort zone…You can’t change…? Sure you can. Genetics be damned.” — Timothy Ferriss

But that’s not for you to decide. That is not your job.

Leave “destiny” to destiny. Don’t touch it. Let it alone. If you’re so good at predicting that future, keep those psychic powers between you and your E*Trade account. The rest of the time, STFU and start actually doing something that helps — something that at least raises the probability of success.

Your job is to put in the effort, not to theorize about the value (or supposed lack thereof) of efforts you have never even meaningfully attempted to make.

The fact is, you have no right to talk about the significance of factors you “can’t” control unless and until you’ve been riding and milking the factors you can control like… 1

Your job is logistics — moving and allocating resources. Your job is facilities management — maintaining an environment. Your job is execution. Your job is to sow.
Until you have tried, until you have done your job, you know nothing and you don’t have the right to know anything. You’re BSing either way.

9 comments for “That’s Not Your Job”