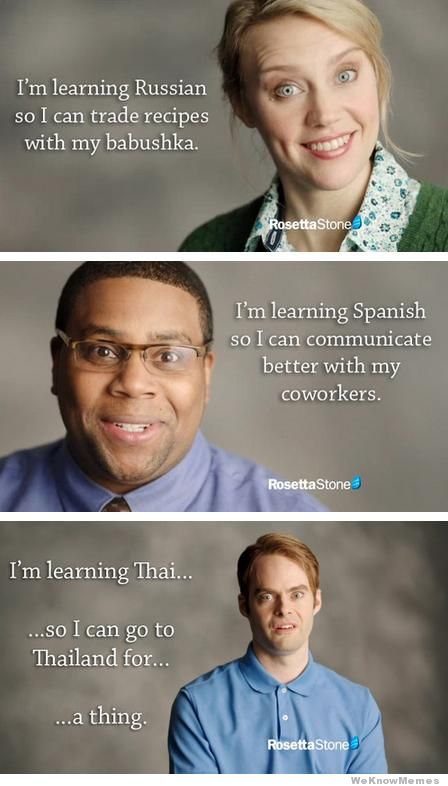 Look closely at any of the problems people bring you (or you bring yourself) and you’ll see that at the core, what you’re stuck not between a rock and a hard place, but between a sofa and a beanbag.

If you can read this, you are a member of the global elite: you have electricity, running water, literacy in a socio-economically powerful dialect and all that that entails. And so basically all your problems are first world problems.

Which, as my friend CJ likes to say, doesn’t make them any less vexing, but definitely does make them not worth sweating about.

Which language should I learn first? What activity should I do first? Should I keep this SRS card, or toss it? Zounds, iTunes isn’t syncing my songs properly!

This kind of horrible indecision wears you down, and leads to stupidity like spending half an hour choosing what to eat at restaurant. Just pick anything that sounds good and pick something else next time. There will be a next time.

That’s how I like to think of it right now. Maybe it’ll work for you, maybe it won’t. I dunno. But here’s how I roll: Assume you will get to do it all. Assume you will get to learn it all, taste it all. Just assume. Assume you have infinite time and resources but that this moment, this time window, this timebox, is finite. There is only one luxury you cannot afford: the luxury of worry and indecision.

Now you’re no longer choosing what to do or even when to do. All you need choose is what to do first. I would add that it’s important to not try to make the best choice here. Pick that low-hanging fruit. Narrow it down. Make the easy choice. The choice that feels good, that feels “you”; you’ll know which choice is the easy choice because you’ll feel guilty for it. 1

Most of us are socialized to extend morality into places where it doesn’t belong and thus feel guilty about otherwise neutral things just because we like them. So if you feel guilty, you’re probably on the right track. If it makes you feel any better, it only seems easy to you because it’s your thing: “easy”, like “delicious”, is relative. So go for it already. Go for easy.

So you’re no longer choosing or even scheduling per se. You are merely sequencing. There’s no guilt because you’re never rejecting a choice, merely re-sequencing it.

Back in the (“AJATT Hardcore”) day, I never felt deprived of English because I wasn’t. I was just doing Japanese now. English would still be there; English-speaking friends would still be there, and I could come back to them any time. Life is surprisingly long — in a good way — there’s time enough to do what you want if you just pick what you want (for that time) and do that…run with that…for a while…see where it takes you; you will get to pick again.

I think there’s this sense that each decision you make somehow decides things for eternity and that simply isn’t the case. Outside of the most dramatically ridiculous examples that too much movie- and TV-watching would have you imagine, each choice you make only lasts forever if you keep making it forever. Each choice turns out to have a limited window of effectiveness (like the range of a bullet) and so you get a near-infinite number of chances to do it over.

All those dramatically awesome examples of people turning their lives around are just a manifestation of this phenomenon: the fact that choices actually have quite a short effective range; you do not have to be in for a pound just because you’re in for a penny — you get a bunch of pennies and with each one you get to choose.

Admittedly, most people either don’t consciously exercise their power of choice (they let inertia and the environment choose for them — i.e. they choose to repeat previous choices), or simply choose worry and fretting and indecision. But that certainly doesn’t mean they have no choices: wasted time only exists because there is enough time to waste; wasted opportunities only exist because there are so many opportunities.

20 comments for “The First World Problem is Choice, Or: Which Language Should I Learn?”