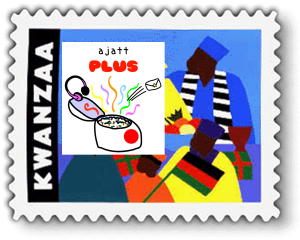 You know what? Saturnalia sucks. Screw Saturnalia. Saturnalia can go suck a big, fat, menthol and eucalyptus-flavored lozenge while it cools down the sore throat it got from making out with a tipsy coworker.

I don’t even know what being tipsy has to do with the symptoms.

Instead, all you have is people hawking their wares on the Internet. All these multicultural people who come into our country and try to sell us stuff with their sesquipedalian names and funny languages and smelly food and curly hair and ironic, rambling blog posts and their…well, especially with the blog posts.

They don’t even speak proper English. Well I’ve had it, people. Enough is enough. It’s time to stand up. It’s time to take back the holiday season.

So screw Saturnalia and everyone who bought anything on Saturnalia. You know all those people who joined AJATT Plus before Saturnalia? I don’t even like them. Screw ’em. I don’t even want to talk to them. As far as I’m concerned, they can crawl on back to where the Saturnalia don’t shine. 1

That’s right, I said it. There’s a new holiday in town. And its name is Kwanzaa. Yes, Kwanzaa. The true holiday of my ancestors. Its rich, ancient traditions passed down lovingly from generation to generation since the very dawn of 1967. Kwanzaa is a holiday’s holiday. A holiday unsullied by crass commercialism and electronic this and Japanese that. Kwanzaa is our holiday.

And now Kwanzaa is your holiday, too. Because this Kwanzaa, I, through my magical Kwanzaa powers 2, we here at AJATT Plus have take it upon ourselves to make you a miraculous offer you can’t kataa (← that’s Swahili for “refuse”…don’t hate me because I’m multilingual).

Hold on, I lost my train of thought in the fog of BS…I think there was supposed to a be a point to this whole post. Um…Crap…

Yes! Kwanzaa! Kwanzaa, Kwanzaa, Kwanzaa. Kwanzaa’s great. And Kwanzaa’s here. And Kwanzaa is now. That’s why, my dear little chillens, from today until Kwazaa festivities reach fever pitch and peter out into obscurity on the thirty-first day of December, you can get yourself a Free AJATT Plus Kifunguo Cha Dhahabu Yenye Kwanzaa Ya Uncommercialized Righteousness / AJATT Plus Golden Kwanzaa Key of Uncommercialized Righteousness. 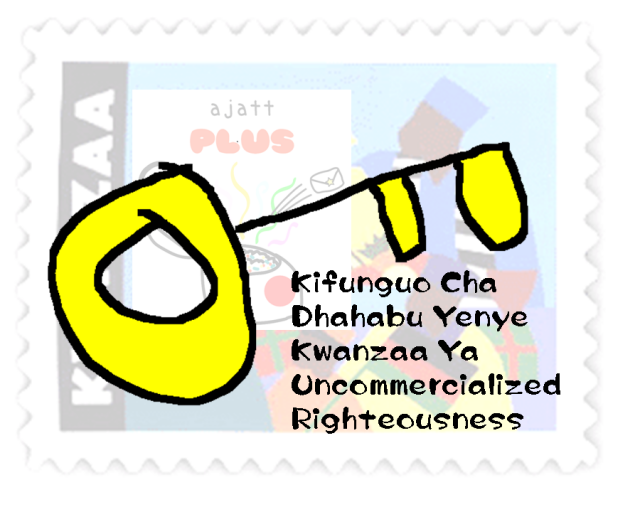 That’s A Long Name. What’s In It For Me?

These discounts are not available anywhere else in the world. Scour the Internets, crawl through the tubes, you won’t find anything like this elsewhere. John and Benny don’t just wake up in the morning and give you half price. To my knowledge, they have never done anything on this scale, and they’re unlikely to ever do it again: they’re not fans of discounting. In fact, Benny’s prices are going up next year.

Truth be told, I mean, I don’t want to alarm you, but I actually had to kidnap Jon and Benny’s children to make this discount happen. That’s how tough a negotiator I am for you. That’s how much I care about keeping Kwanzaa pure for you. Let the kids take one for the team — Team You.

You’ll note that both John and Benny’s respective guides feature separate, exclusive interviews with me 😉 . These two interviews were done specifically for each guide, and can’t be found anywhere else. Exclamation mark.

Unclean! Why would AJATT do a tie-in with other people’s stuff? Isn’t AJATT the Supreme Truth?

Pragma over dogma. In language learning, there is no set of ideas so perfect that it can’t benefit from another set of ideas. Find out more here.

But wait, right now you’re probably thinking: “hey, I want me some of that AJATT Plus Keefoo….Kifuu…Kifunguo Cha Dhahabu Yenye Kwanzaa Ya Uncommercialized Righteousness, but what is AJATT Plus?”

I’m offended that you would even ask that. Get with the times, homeslice! You do realize you’re like the only person in the world who doesn’t know what AJATT Plus is, right? But you know what? Just to be nice, I’m going to explain it one more time.

What is AJATT Plus, really?

AJATT Plus is happiness, refined to illegally high concentrations and then either injected into your bloodstream or sucked slowly as soothing, peppermint-flavored lozenge. So, yes, AJATT Plus is AJATT on steroids. It’s got:

The AJATT Plus Kifunguo Cha Dhahabu Yenye Kwanzaa Ya Uncommercialized Righteousness. I want you to have it. And you can. Let me give it to you. Join AJATT Plus today. No, scratch that. Don’t join today. Take tonight to think and read more about it. Then join. And let me give you your golden key.

It begins now. It ends violently and abruptly on Dec 31. You’ve still got a couple of days. Give it a think or two.
Let’s take Kwanzaa back together, people. Let’s reclaim Kwanzaa from the jaws of commercialism. Join the fight. Join AJATT Plus.

Catch you on the Plus side, 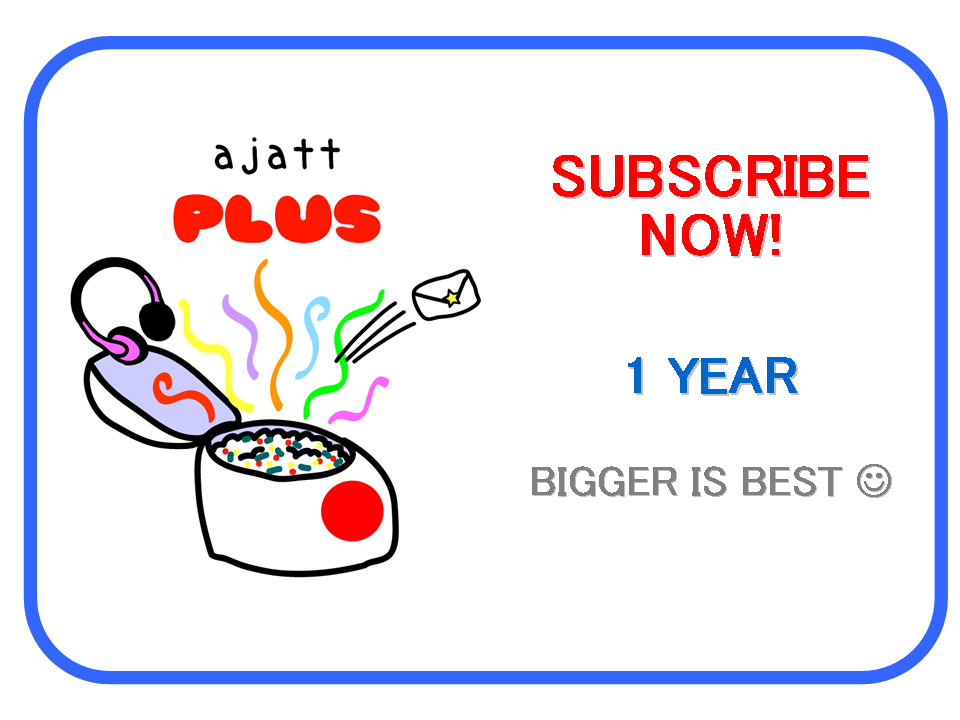 Annual subscription
$95.85
(26¢ per day = $7.99/month)
Click here to find out more about AJATT Plus before you subscribe.
Read the first impressions of a recent new member (Mikotoneko) here. 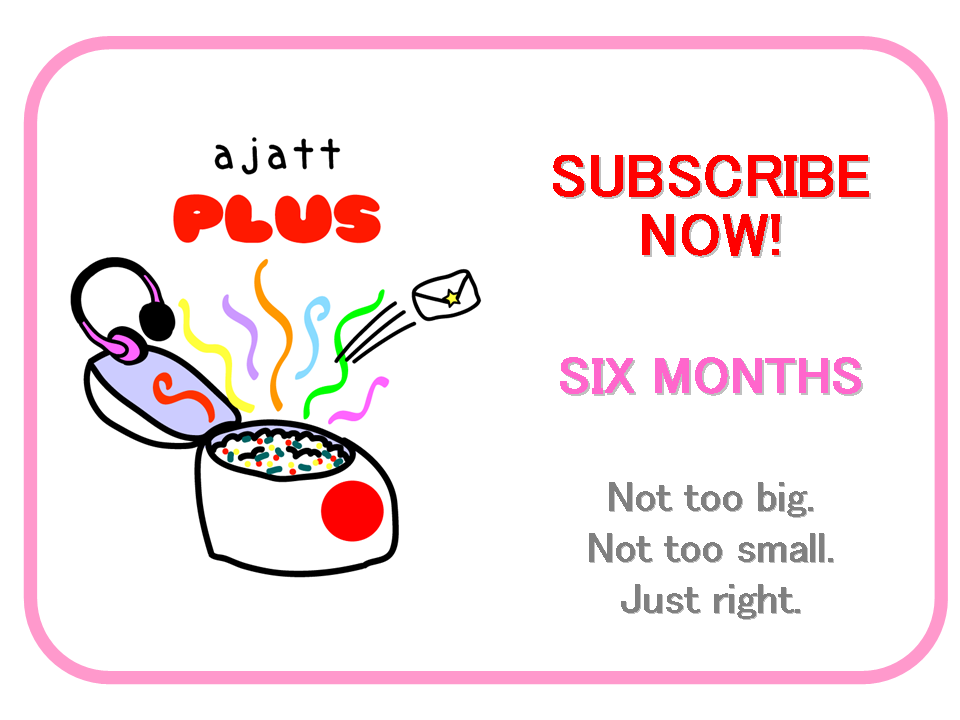 Six-monthly subscription
$59.95
(33¢ per day = $9.99/month)
Click here to find out more about AJATT Plus before you subscribe.
Read the first impressions of a recent new member (Mikotoneko) here. 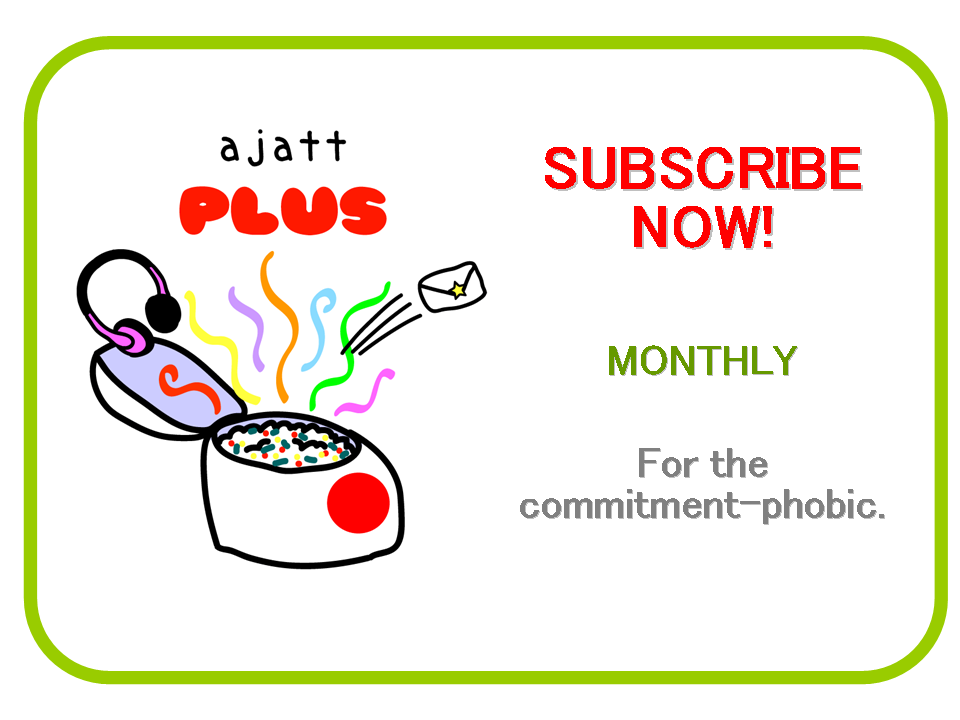 Monthly subscription
$15.95
(53¢ per day)
Click here to find out more about AJATT Plus before you subscribe.
Read the first impressions of a recent new member (Mikotoneko) here.

PS: If you’re not sure about whether or not to join AJATT Plus…join anyway. Try it out. You can always get a refund (check out The Amazing AJATT Fo’ Shizzle 100% Refund Guarantee).

PPS: If you’re still not sure enough to even try…don’t. I mean, it’s good, but not “spend time worrying about it” good 😀 . All us hundreds of of AJATT Plusers will just have to enjoy ourselves without you.

PPPS: Seriously, if you’re not sure, don’t join. My aim is not to try to get you to do something you don’t want to do; that’s not what this is about; that’s not how I roll.

P4S: OK, that’s a lie — that is how I roll. That’s precisely how I roll. If you were to draw a map and label it “How Khatz Rolls: A Map”, you would inevitably come to the above conclusion.

10 comments for “You Deserve A Kwanzaa Miracle: The Golden Kwanzaa Key of Uncommercialized Righteousness”